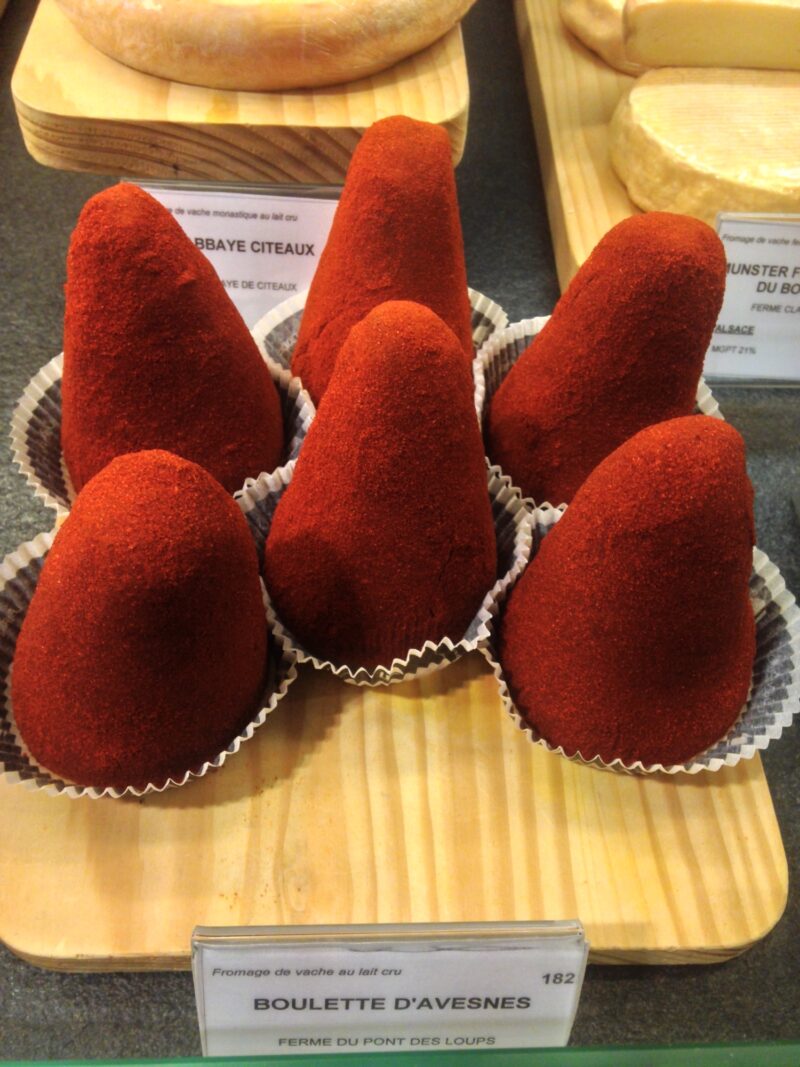 August is the month in summer when Parisians skip town and leave the best picnic spots to the tourists, so we figured that whilst you are outside in the fresh air and there is no one around your picnic blanket, it’s the perfect time to try one of the … stronger smelling cheeses you can buy in France - the Boulette D’Avesnes.

Boulette d’Avesnes takes its name from the small town of Avesnes which is famous for producing this formidable cheese. In this little town on the French / Belgian border, the cheese is hand moulded into its distinctive cone shape, (or ‘Boulette’ in French) and then traditionally covered in paprika - though it can also be flavoured with parsley, pepper, tarragon, or cloves. But what you may not have known is that this stinky cheese is actually made from the left-overs of other cheeses, such as Maroilles. When Boulette d'Avesnes was first being made, the left-overs of Maroilles would be left sitting on a windowsill to dry for an entire month. Then, the cheese would be washed in beer before being left in a cellar for a further three months… are you starting to get an idea about how this particular cheese might smell after all that time?

Back in the 16th Century, the Benedictines of the Abbey of Liessies, a monastery in the North of France, mention in their writings a "bouille d'ammage" which roughly translates to ‘Cone of Cheese'. In fact, they even referred to the month of August as the ‘Time for cones’ because it was during the last weeks of winter that the locals would make the cheese cones.

Nowadays this soft, smooth cheese is made from pasteurised cow’s milk, and has a washed rind with plenty of flavour! It's best eaten fresh, or after 30 days of being made. Pair a Boulette d'Avesnes with a French Belgian beer like a ‘Chimay’ Ale or a red wine that can compete with the strong flavours - such as a Corbières Rouge. True, this fairly unconventional cheese isn’t for the faint of heart. You either love this cheese or hate it, but it’s a delicacy that's definitely worth trying!