We like to think of the 17th having a number of different personalities - it spans from the 'Grands Boulevards' running off of the Arc de Triump, all the way to the charming village like neighborhoods of Batignolles!

This arrondissement is home to one of the chicest parks in Paris, Parc Monceau, allall the way to the Bo-Bo hang-outs found around the bustling Place de Clicy!

This month we have a special guest Rooksana, who is a Londoner in Paris and a writer covering subjects on culture, design, food and travel! You'll want to follow Roxy_in_Paris on Instagram to keep up with what is going on in your favorite city. In the meantime, let's see what 17eme secrets she has up her sleeve for you!

Tucked away in the north of Paris steps from Montmartre, the historic village-like neighborhood of Batignolles fizzes with exciting new dining options worthy of attention. Loved for its laid-back atmosphere, the area is known for its home design boutiques, clothes shops, and gourmet delis that reflect the locals’ taste for the good life. It was also right here that the Statue of Liberty was assembled before it was shipped to the United States. And the Batignolles is also where French painter Edouard Manet started the Impressionist art movement in the 1800s. In fact, Manet is said to have lived most of his adult life at number 34 boulevard des Batignolles, and his good friend, the famed writer Emile Zola, would often be seen writing at cafés in the area and even gave his main character Nana in the eponymous novel a Batignolles address.

The Batignolles, a neighborhood tucked in northern Paris, is fast becoming a mecca for dining. And chef Kelly Rangama’s incredible haute-cuisine celebrating sublime flavors hailing from France and her homeland, the far-flung exotic Reunion Island, is so good that it won her a Michelin star in her first year. 108 Rue Cardinet.

Tucked in a glass-fronted building next to the Martin Luther King park, Coretta is known for its ‘bistronomique’ take on Beatriz Gonzalez’s cuisine that’s steeped in the tangy flavors of her native Mexico which she laces with Japanese, French and Mediterranean influences. 151bis Rue Cardinet.

For a 100% French take on bistronomy fare, this is the place. Chef Marc Cordonnier’s star dishes often mix the best of land and sea in a set menu that changes according to season and produce found at the market that day. And don’t miss out on tasting some of the the sommelier’s carefully sourced wines. 68 rue des Dames

Rarely in the glossy magazines and not an Instagram contender, this local secret is nevertheless one of the best places for a dinner of traditional French fare where the two owners pride themselves on using only the best produce. Meat fans won’t be disappointed. 69 Rue des Dames

A popular haunt with locals and visitors alike, the clan’s creative crepes that break the mold are what keeps fans coming back. Think gorgonzola and fig or Serrano ham and homemade tapenade crepes, served in a lively friendly atmosphere. 99 Rue des Dames

This out-of-the-way restaurant tucked in a northern corner of the Batignolles that goes by the name of Les Epinettes, is one of the best spots to have lunch or dinner in the area. Chef Taïki Tamao rustles up refined French fare heavily influenced by Japanese flavors at very reasonable prices. The food and the stellar service are worth making the trip for. 25 rue Guy Môquet

Located in a quiet side street just off busy Place de Clichy, this cozy restaurant serves tasty salads packed with fresh veggies as well as small plates of tender flavorful fish or beef. In winter, don’t forget to try the soups, which are all homemade. 18 rue Biot

Just like eating at your grandma’s, this spot is all about authentic French flavors and produce sourced by the owners straight from farmers in the region. It also does a delicious and very generous brunch of pastries, homemade jams, cheeses, mains and cakes baked that morning which comes at a more-than-fair price (under 26 euros). 114 Rue la Condamine

Batignolles is packed with bistros and cafés, but actual bars worth their salt are few and far between - with the exception of Pistache. Expect to pick plates from a generous buffet of artisan hams and cheeses and pickled veggies you won’t be able to resist, to go with bold reds or fresh whites. 24 Rue Boursault

The go-to bar for craft beer lovers who travel from southern Batignolles all the way to this northern corner of the area called Les Epinettes, Octopussy has more craft beers on tap than you can shake a stick at. Just get there early to nab a seat. 22 Rue de la Jonquière

A lively bar that’s always jam-packed with locals come to mingle over a glass of red no matter the time of day, this laid back neighborhood institution is all about free-flowing French wines to go with generously served ham and cheese boards. 22 Rue des Dames

The Batignolles is one of the few pockets of Paris where the craft coffee craze hasn’t quite caught on. However, the lack of decent coffee joints is no indicator of local taste as Dose coffee shop is always seething. Don’t miss the gluten-free pancakes piled with fresh berries. 82 Place du Dr Félix Lobligeois

Pick up fresh organic produce at the indoor organic Batignolles market where you’ll be able to find everything you need to rustle up dinner at home. 96 bis Rue Lemercier

Thanks to Roxy_in_Paris for her 'live like a local' suggestions! Be sure to follow her on Instagram and keep up with what is happening in your favorite city!

The 16th : A Gourmet Guide to the Arrondissements of Paris 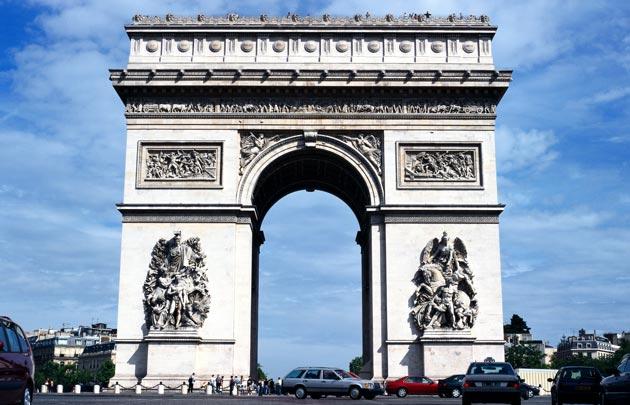